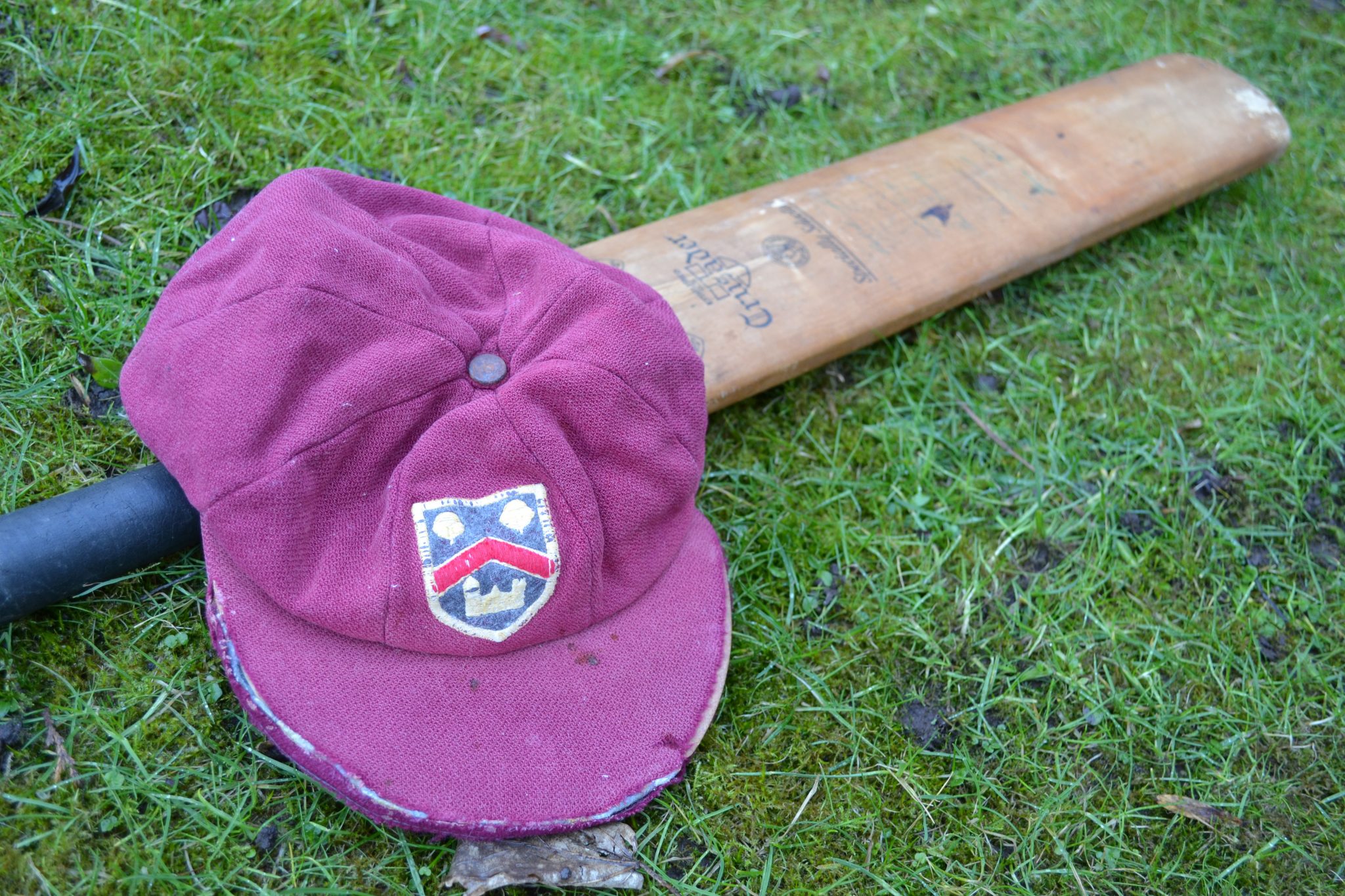 Fordhouses Cricket Club (FCC) was formed on 2 April 1927.  Due to the lack of support accorded to Bushbury Church Cricket Club, it was decided to ask the Squire of the ‘village’ of Fordhouses to take over their assets and form a new cricket club.  The Squire’s son R.J.Moreton, had recently resigned from Wolverhampton Cricket Club following a dispute with the Selection Committee.  At the first recorded meeting of the new club ‘RJM’ was elected President, Treasurer and Captain!  He then persuaded his father to provide a field near Springfield Cottage, where the first Fordhouses match was played on 18 May 1927.

A number of stalwarts including Frank Baugh, Don and Wilf Wright were instrumental in developing FCC during the 1930s and 40s, both on and off the field.  A first World War Army Nissan Hut was converted into a sports pavilion and veranda.  Sadly the fortunes of the Moreton Estate began to wane and all their landholdings, including the cricket ground, came under the hammer.  However, our late President, W.H.Bradburn, stepped in at a critical time to purchase and lease back the land to FCC.  A generous rent of £20 per year was agreed – how times have changed.

Jack Threlfall, originally from Accrington, joined FCC and was to play a major role in the club’s future – Captain, Secretary and latterly President.  Arthur Beardmore, one of our now deceased Life Members, had fond memories of 1st and 2nd XI’s each playing 46 friendly games on Saturdays, Sundays and Bank Holidays.  Traditional opponents included Wightwick, Penn, Brewood, Himley, Wolverhampton, Little Stoke, Wroxeter.  FCC gained a reputation of being a friendly, yet competitive, family based club who provided fantastic hospitality.   Arthur’s wife Thelma was the first Chairperson of the Ladies Committee which was involved in fund raising initiatives over the years.

In order to upgrade both social and supporting facilities a new pavilion was built at Taunton Avenue and was formally ‘launched’ in September 1964 by E.R. (Ted) Dexter – former Sussex and England Captain.  It was built out of cedar wood and cost £3,000.  An extension including extra changing rooms, toilets and showers was added in 1973.

Gradually the friendly fixture list became a thing of the past and from 1974 onwards League cricket and pyramid systems became the order of the day.  The 1970’s witnessed the creation of a 3rd XI, that played at the Star Aluminium ground and also the establishment of a Youth Section.

In seasons 1975-6 our all conquering 1st XI, captained by Don Barnes, won the Staffordshire Alliance and Staffs Club Championship Leagues, Wightwick Knockout, Levitt Cup, Pen and Rugeley 6-a-side Competitions. Brian (Ticker) James, one of the most respected players from the Wolverhampton area, was a key member of the FCC squad.  He played with great distinction 67 times for Staffordshire.  In 1977 the Club held a Jubilee Dinner where the guest of honour was Peter May, former Captain of England.

FCC hosted ICC Trophy matches which were preliminary games for the Cricket World Cup in 1979, 82 and 86.  Singapore, Kenya, Denmark, Holland, USA, Argentina, Zimbabwe, Papua New Guinea and East Africa all played at Taunton Avenue – cricket really is an international game.  For the record, Huw (Stocky) Blackman of USA scored a double century in a warm up game against us! Teams from Brisbane, Australia and Christ Church, New Zealand were also entertained by FCC during the ‘Golden Oldies’ tournament in 1984.

A new 25 year lease was signed between FCC and our landlord Bradburn and Wedge.  However, two years later the automobile company went into administration and their land assets placed in the hands of a liquidator (BDO Stoy Hayward).

Uncertainty over the future direction of FCC posed some obvious challenges.  Sadly in 1991 our President Jack Threlfall passed away.  However, before he died Jack asked his son Kevin to help resolve the difficult dilemma that faced FCC, especially in respect of ground relocation, and providing a sustainable facility with security of tenure.  A number of options were pursued by FCC in respect of available and suitable sites in the Fordhouses neighbourhood including Northicote School.

1994 saw the ground breaking recruitment of our first ever overseas player-Aussie Steve Gollan from Gnowangerup! Since that time three of our contracted overseas players have progressed their cricket careers by gaining international recognition – Mark Vermeulan, Tendai Chisoro (both Zimbabwe) and Adam Stanford (West Indies).

1999 was a significant season because FCC as champions of the Staffordshire Club Championship qualified to join the ranks of the prestigious Birmingham and District League.  We moved out of our ‘feeder league’ with an unrivalled record number of Premier League wins – 75, 79, 80, 81, 84, 95, 96, 98 – eight in total.  We have remained in the Birmingham League since our promotion in 1999.

January 2001 Wolverhampton City Council agreed for the lease on an industrial sports ground in Wobaston Road to be re-assigned to FCC from Dowty Boulton and Paul Sports and Social Club.  A Concept Plan to redevelop facilities, both indoors and outdoors, was prepared and formed the template for a phased set of improvements including landscaping and laying out two new cricket squares.  However, the challenge of attracting significant capital investment to improve and enhance the site’s dilapidated infrastructure, has remained our key priority.

Two FCC members, Jack Threlfall 1979-80, and Don Barnes 2002 have held the position of President of the Midland Cricket Club Conference.


Our 1st XI in 2003, keeping up the tradition of FCC as knockout specialists won the Birmingham and District League Challenge Cup Final.


In September 2004 the gates were finally closed at Taunton Avenue to prevent unauthorised, access and all activities, sporting and social, were transferred to Wobaston Road. 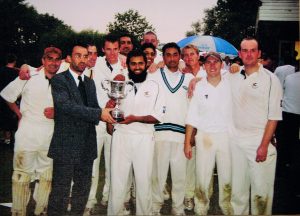 Formal unveiling of the Jack Threlfall Memorial Ground by daughter Sharron and son Kevin.  Our policy to invest in junior cricket, including successfully gaining Club Mark status, was reinforced in the summer of 2007 when the ‘under 15 squad’ won both Staffordshire League and Portman Cup Competitions.

In order for Countrywide Homes to submit a planning application, public consultation exercises were held regarding residential development proposals on the former FCC ground at Taunton Avenue.  In addition via a Section 106 agreement it was suggested that a significant financial contribution was made towards the provision/improvement of neighbourhood recreation leisure at Wobaston Road.

FCC prepared a phased capital programme of improvements to both land and buildings.  A robust business plan was also provided to demonstrate how we could sustain operations in the long term, whilst stressing the importance of securing an extension to our existing lease.

Progress was slightly delayed because Countrywide Homes went into administration but fortunately Bellway Homes took up the development option on Taunton Avenue.  As a result FCC were able to benefit from both the original sale agreement and Section 106 monies.  A schedule of building and sports improvements was negotiated, linked to a Service Level Agreement, and in March 2012 planning permission to redevelop the Clubhouse was granted.

The summer of 2016 proved to be highly successful, under the leadership of our Club Captain/Director of Cricket, Chris Guest – Birmingham League Division 3 Champions, Staffordshire Cup Winners for our U13s and Over45 teams.