Following our Junior Awards, we welcomed our senior teams to the stage. There were some fantastic performances all round, kicked off by this years centurions. 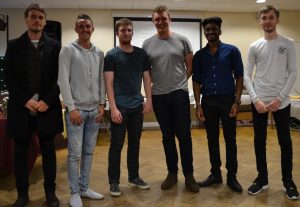 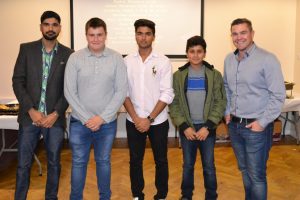 We also had some outstanding performance with the ball. Stephen Mundy was the pick of this years bowlers with four 5 wicket hauls. 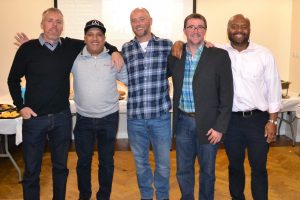 FCC’s 45’s retained the Marstons Staffs Cup with victory over Wolverhampton CC in the final. 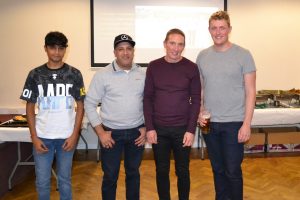 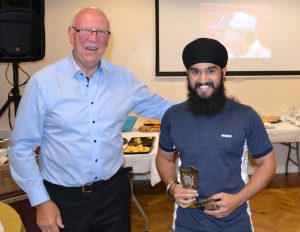 FCC’s 4th XI finished 7th in the league. The best innings was 85 by Lovepreet Singh who is pictured picking up his teams awards from Club Chairman, Peter Jones. 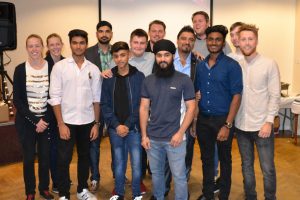 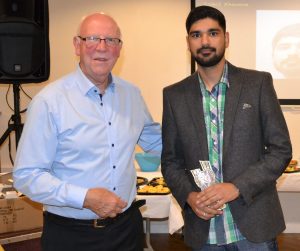 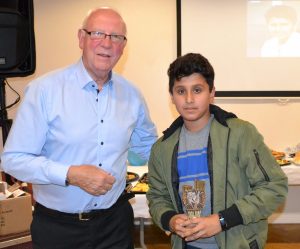 FCC’s 2nd XI finished 3rd in the league. Bowler and player of the year, Zak Shah, is pictured picking up his awards from club chairman Peter Jones.
Batter of the year was Ryan Flannery. 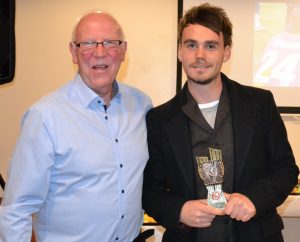 FCC’s 1st XI finished 4th in the league. Player of the year, Jem Stack, is pictured picking up his award from club chairman Peter Jones.
Bowler of the year: Tendai Chisoro
Batter of the year: Niall Cooper 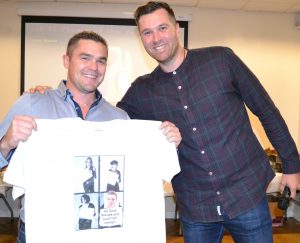 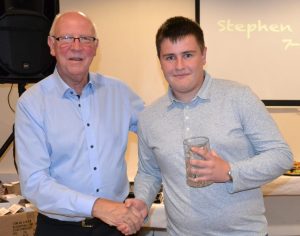 Performance of the season was awarded to Stephen Mundy who made the National ECB honors board with his 7-16. 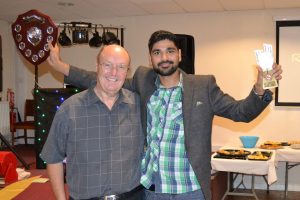 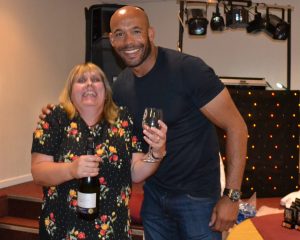 Finally, Peter and Chris extended a big thanks to team captains, ground staff, Julie and Mark Cooper, players, families and supporters. See you next year! Click here to see the pictures from the Junior Awards.