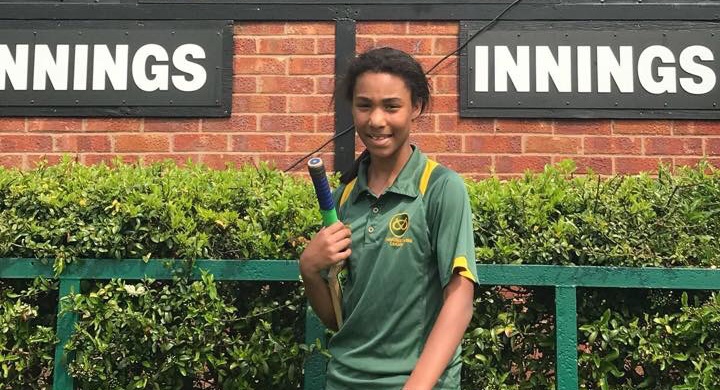 We have a star in the making with young Davina Perrin.

Having picked up the FCC under 10’s player of the year award and scoring the highest total runs in a season for Staffordshire U11’s in 2017, Davina continues to impress.

The game was held at Droitwich Spa CC with Staffordshire winning the toss and Davina, as skipper, deciding to bat on a wet wicket (despite advise from her father, David ‘Reggie’ Perrin, to field!).

Davina was right to bat, with Staffordshire scoring an impressive 215 for 4 in their 25 overs. Davina led from the front by batting the entire innings for her 121 not out.
In reply, Worcestershire were bowled out for just 70 in 21 overs.

Huge congratulation Davina from everyone at the club. We are all very proud of you. Well done!