Fordhouses Cricket Club are delighted to announce that Indian cricketer Sanjay Ramaswany, has signed a professional contract for Fordhouses C.C. for the 2018 cricket season.

Sanjay joined Vidarbha in 2014 and is now the club’s star opening batsmen with 1,340 first class runs under his belt at an impressive average of 43.22. He is also a useful off spin bowler.

Chris Guest, FCC’s Director of cricket said, “this is a major signing for the club. Sanjay is a top top player and is really excited about playing in the UK.

His impressive stats this year have helped Vidarbha win the Ranji Trophy.

We sincerely hope that he’ll bring both runs and that winning mentality to our team”.

Sanjay celebrating a brilliant 182 against Bengal at the Bengal Cricket Academy Ground, Kalyani. 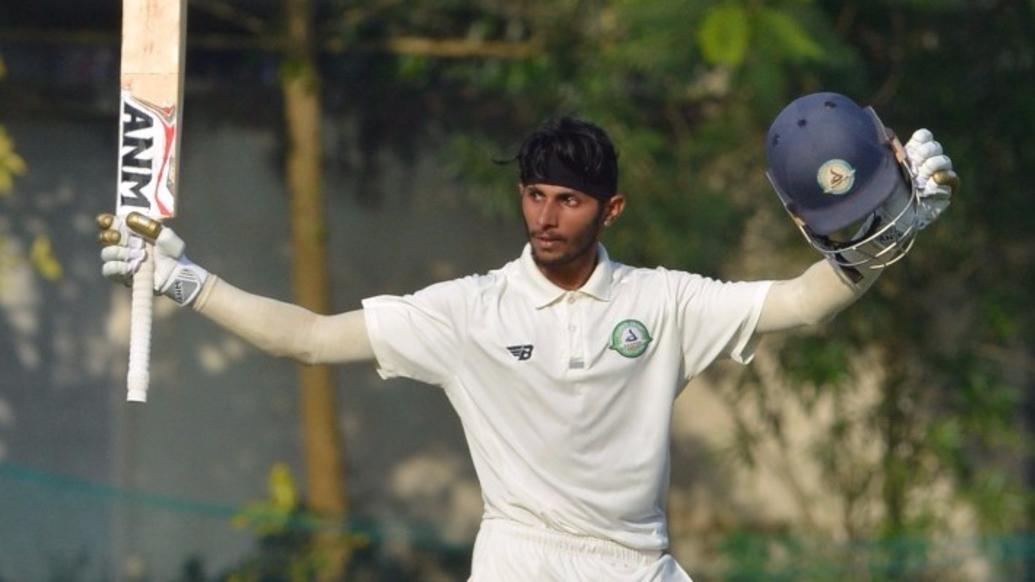